HAB stands for High Altitude Bioprospecting. The team behind HAB are scientists and artists with a shared interest in exploring extreme environments for microorganisms. The actual bioprospecting is made by a HAB device, which is a remotely operated robot for air sampling. 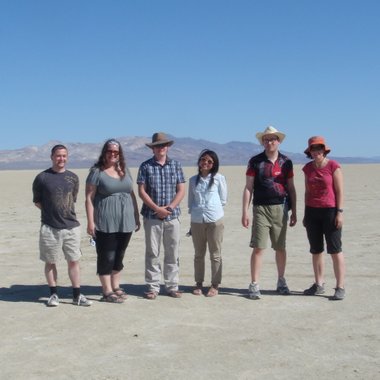 The HAB team is made up of scientists and artists working together on this epic (Ol's favourite desciption) project.

In 2008 Oliver de Peyer, Paul Shepherd and Melissa Grant met at NESTA's Crucible programme. The idea was to get together 30 young scientists from across the UK to make new and exciting interdisciplinary innovations. One night over a beer Mel asked Ol what he wanted the most and it turned out that was HAB! And so the adventure began. These three scientists were soon joined by Kira O'Reilly, Anna Dumitriu and Alex May through Mel's lab connections. In the Black Rock Desert Ol, Mel and Paul were joined by Rachel Brazil (NESTA), Rainbow Lo and Joe Campion. Rainbow and Joe had won a competition run by NESTA for two 'A' level students to join our expedition.

In 2019 Mel and Ol were invited to take part in the Finnish Bioart Society's Field_Notes The Heavens in Kipiljarvi. Here the team expanded as they were joined by Hannah Imlach, Till Boverman, Heidi Pietarinen, Noora Sandgren and Anne Yoncha.

if you want to get in touch with the HAB team 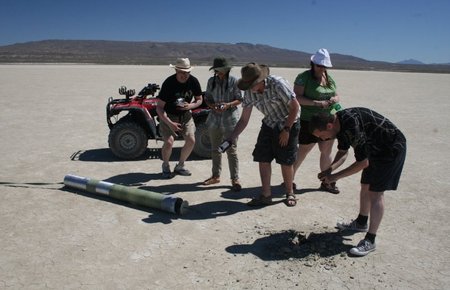